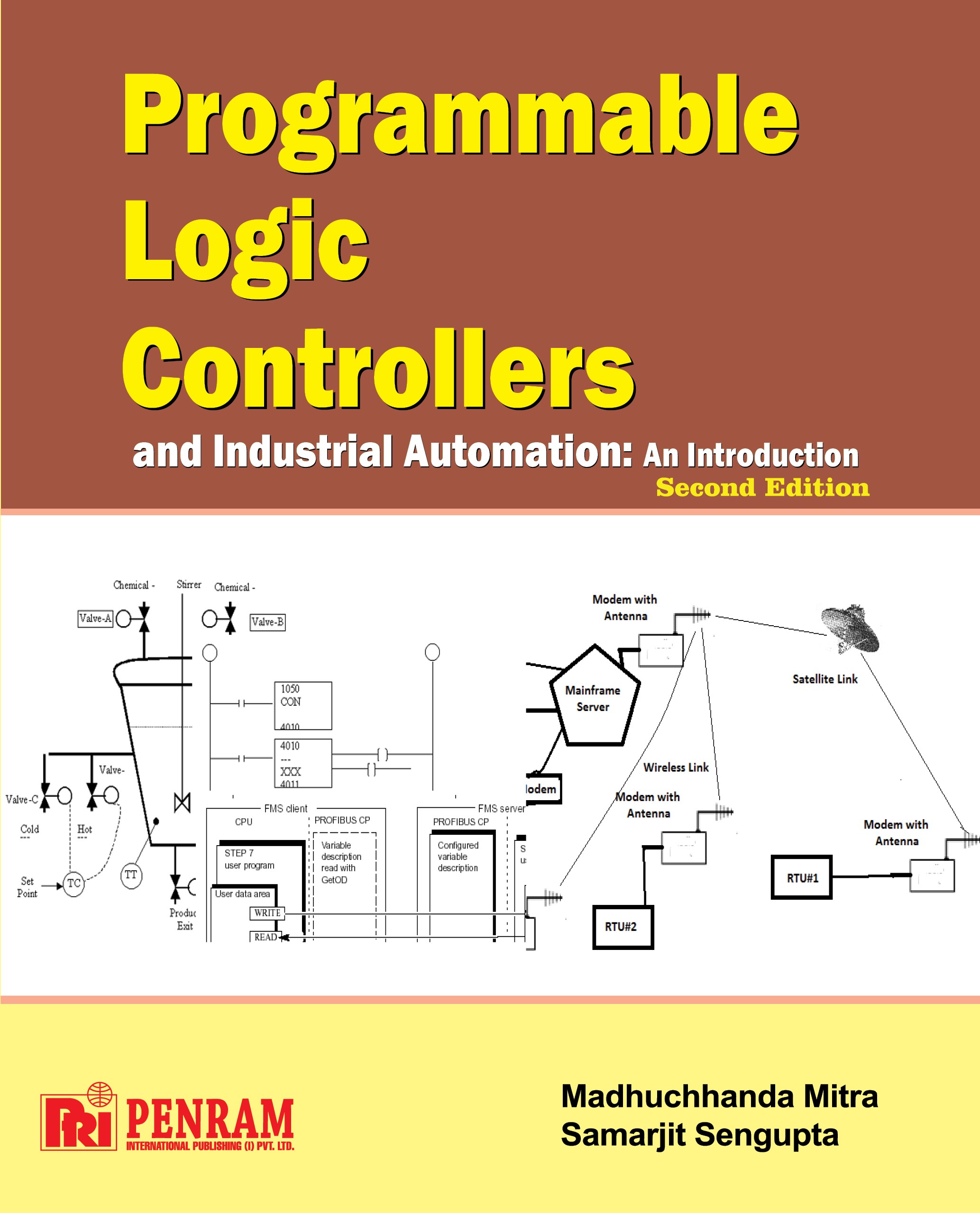 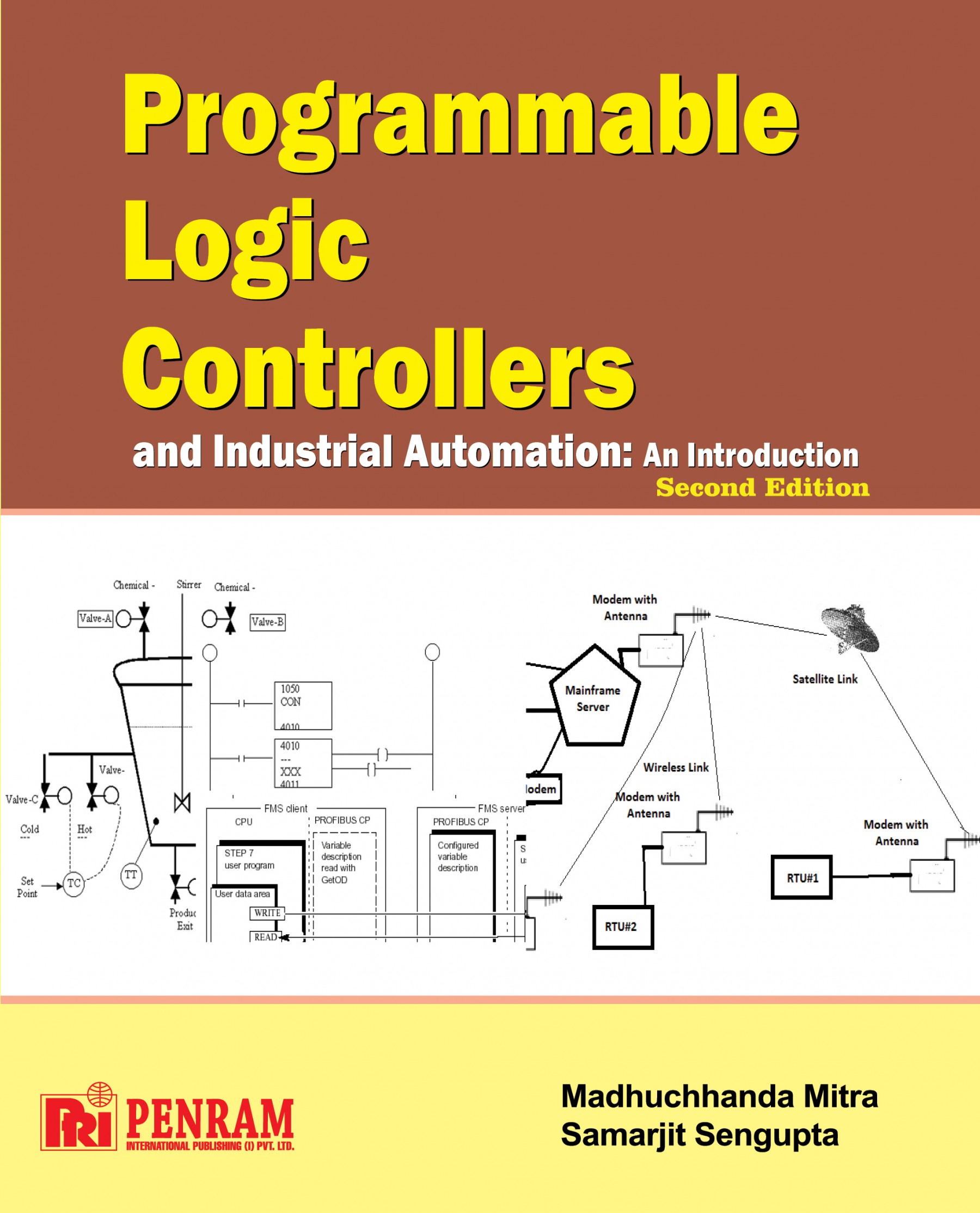 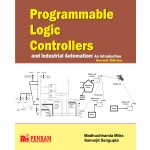 The Modern industrial environment is steered with the latest technological advancements in computer and Communication. Programmable Logic Controllers (PLC) based automaton is the outcome of that. This book has been prepared as a textbook to give an insight into these areas.

Divided into seven chapters, Chapter One presents the basics of PLCs and Chapter Two establishes a bridge between digital logics and ladder logics. PLC timers and counters have been dealt with in Chapter Three while commonly used advanced instructions are presented in Chapter Four. In Chapter Five, PLC I/O and power supplies, which are the lifelines of PLCs, have been covered. Modern concepts of communication as applied to plant automaton have been included in the revised version. In chapter seven, modern automaton concepts have been highlighted. Concepts of DCS and SCADA using PLCs are elaborated. Finally, usage of PAC has also been depicted. This will give an idea to the readers a concept of modern plant automaton schemes. Additionally, each chapter is provided with some practical examples, exercises and multiple choice questions.

Introduction: What is a PLC? Technical Defniton of a PLC. Advantages of a PLC/. Characteristc Functons of a PLC. Chronological Evoluton of the PLC. Types of PLCs. Block Diagram of a PLC. Processor Sofware / Executve Sofware. Multtasking. Languages. PLC vs PC

Madhuchhanda Mitra did her B. Sc. (Honours in Physics), B. Tech., M.Tech. and Ph.D. (in Measurement and Instrumentation) from the University of Calcutta, West Bengal, India. She has twenty-two years of teaching experience in the discipline of Instrumentation Engineering in the Department of Applied Physics, University College of Technology, University of Calcutta and currently she is a Professor there. She also served as the Head of this Department.

Her special fields of interests include Process Instrumentation, Microprocessors and Microcontrollers and Biomedical Signal Processing. She has more than one hundred technical papers published in national and international journals and conference proceedings and three books from international publishers. She is the recipient of the “Griffith Memorial Award” of the University of Calcutta and has received the Best Paper Award for many of her papers.

Samarjit Sen Gupta did his B. Sc. (Honours in Physics), B. Tech., M. Tech. and Ph.D. (in Electrical Machines and Power Systems) from the University of Calcutta, West Bengal, India. His career includes nine years of industrial experience in power and process plants and twenty-seven years of teaching experience in the discipline of Electrical Engineering in the Department of Applied Physics, University College of Technology, University of Calcutta. Currently, he is a Professor there.

This book is intended for undergraduate Programmable Logic Controllers and Industrial Automation related courses in Engineering, Technology, and Sciences.